The employment outlook for African Americans will “worsen dramatically” as automation upends the workforce, according to a new report from McKinsey & Co.

Why it matters: By 2030, African American workers stand to lose hundreds of thousands of jobs as a result of increased automation, widening the racial wealth gap and weighing down overall U.S. growth.

The cost: Researchers have projected that closing the racial wealth gap could net the U.S. economy between $1.1 trillion and $1.5 trillion by 2028.

Between the lines: Researchers found “more than 200 counties, largely concentrated in the Southeast and Midwest, where a decline in African American net job growth could occur alongside an increase in job growth for white employees.” 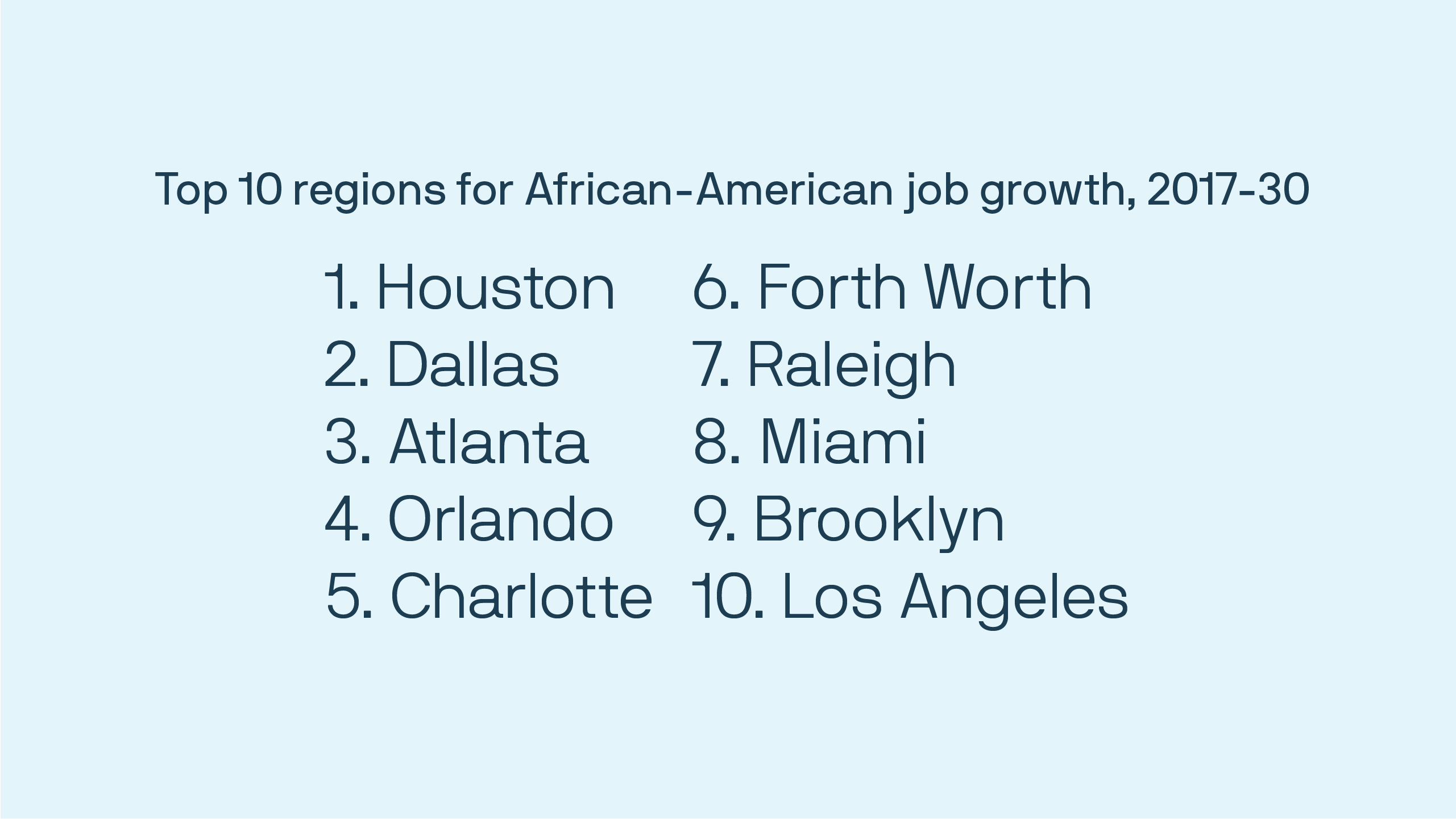 The bottom line, from Kaveh Waddell, co-author of Axios Future: Preparations for the future of work, like job training programs and potential new safety nets, will need to be tailored in part to the groups who will bear the brunt of the changes.

Enjoy an escape to one…